Continual monitoring versus the costs of a crisis 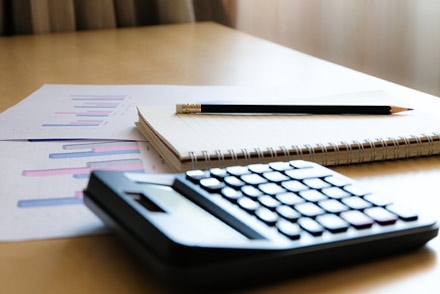 In previous articles, we have spoken about the need for putting together a working detection and prevention framework as the first step in safeguarding your business against corruption. The need for this framework to operate on a continual basis has also been discussed.

By implementing this type of framework, you will enable your employees to make risk-based decisions and enjoy the 360-degree view of corruption risk that you have developed for them. Further to this, by monitoring the risk you have identified on a continuous basis, your employees can use the data and the results to make better risk decisions and transform your business. This will enable them to protect the reputation of the company and ultimately, generate greater returns for shareholders and the community.

The benefits are clear

A number of experts have identified the need to undertake continual monitoring, and by adapting the framework to your organisation, you can enjoy the benefits as mentioned above. Amongst the concerns of companies we have surveyed, the costs of a continuously monitoring system is one that has come up.

This is obviously something that needs to be considered. The costs of the monitoring framework is dependent on a number of factors, including the cost of the information you’re collecting, the cost of the resources used to undertake the management of the framework and the costs of compiling and distributing the data within your organisation.

These costs need to be sized up against the costs to companies that have fallen foul to a corruption crisis. So what exactly are the costs of a crisis?

In their study on the impact of a crisis on shareholder value, Rory F. Knight & Deborah J. Pretty found that firms affected by catastrophes fall into two relatively distinct groups: recoverers and non-recoverers. Recoverers are considered to be companies that act quickly in managing the crisis, looking at amending the mistakes that were made. Non-recoverers, meanwhile, either don’t believe the fall-out will be severe or they simply act too slowly to stem the reputational damage caused by a crisis.

The non-recoverers, however, remained more or less unchanged between days 5 and 50 but suffered a net negative cumulative impact of almost 15% up to one year after the catastrophe.

The costs of a PR crisis, meanwhile, can often have a lasting effect on the reputation of the company involved. According to a study from Clutch.co, much of this is down to how a company immediately responds to the crisis.

Using Pepsi and United Airlines as examples, Clutch.co surveyed 500 consumers to measure their willingness to purchase products or services from both companies before, immediately after, and seven months after each brand experienced a severe PR crisis.

It turns out, perhaps unsurprisingly, that the ability for a company to rebound comes down to the response of its PR team.

When a passenger on United Airlines was filmed being violently removed from one of United’s flights, the resultant fallout saw consumers’ willingness to purchase a flight through the airline dropping from 68 percent to 42 percent. Seven months later, this number had improved to 58%, but 30% of consumers still said they no longer trusted the brand and would not purchase tickets.

The reason? Consumers felt the airline’s PR team was too slow to respond, and when they did, their response was considered to be insincere.

Pepsi, meanwhile, was left facing a major backlash after their ill-advised advertisement showing celebrity influencer Kendall Jenner bringing a violent protest to a halt using the power of an ice-cold Pepsi. In response, they pulled the advertisement, apologised, and owned up to the mistake. As a result of their quick actions, consumers’ willingness to buy Pepsi products only dropped from 56 percent to 55 percent, and the 1 percent loss was fully redeemed 7 months later.

How to catch an issue before it becomes a crisis

So how long does it take for an issue to become a full-blown crisis? And how could you possibly catch it from happening? The Guardian newspaper published an article about the five identified phases of the sub-prime financial crisis that hit the global financial markets in 2008. From sub-prime to downgrade, the article highlighted five stages of the most serious crisis to hit the global economy since the Great Depression, isolating them to the dates; 9 August 2007. 15 September 2008. 2 April 2009. 9 May 2010. 5 August 2011.

This is assuming, of course, that you knew what leading indicators would have required tracking beforehand.

The article had the benefit of hindsight, of course, but in formulating risk management policies, corporate managers have to evaluate alternative strategies against the criterion of shareholder value maximisation. Thus, a decision to manage certain types of risk should hinge on whether the value of the firm is higher or lower under risk management.

From the result of surveys conducted, the implicit answer is yes. The management of risk results in better value for a company than the management of a crisis. Managing risk will require you to track and monitor leading risk indicators. Your framework provides you with categories of risk and the data to monitor these risks within your organisation over time.

Putting together a working detection and prevention framework is the first step in safeguarding your business against corruption. We have previously provided a summary of our framework model, which has been used by organisations in South Africa. This should help you better understand how it can help simplify your task in preventing corruption from damaging your business. To revisit this article, click HERE.